After several early morning training sessions, Buckland attended their first ever Pop Lacrosse tournament at Royal Holloway. The untested team arrived to glorious sunshine and keen to get the competition underway.

After a quick stick change Buckland began their competition against Ashford Park, it quickly became clear that our competitive nature and raw sporting ability was going to stand us in good stead throughout the competition. Layla scored Buckland’s first ever lacrosse goal, quickly followed by Noah and Rhys getting their names on the score sheet.

Buckland kept Ashford park firmly in in their own half and continued to assault the opposition’s goal. The final score 9 – 0 to Buckland.

Our second match was against a formidable team we had not come across before, St Charles Borromeo of Weybridge. This team was clearly well practiced and clearly knew what they were doing. However it was Buckland who struck first. Unlike us, St Charles players clearly had tournament experience and soon scored an equaliser, then took the leader soon after. As expected from any Buckland team, they did not give up fighting and if St Charles wanted this match they had to earn it. Buckland fought back and created numerous shooting opportunities but were undone by crease violations. Rhys and Noah did manage to score 1 a piece but it was not enough to keep this well drilled team at bay. The final score 6 – 3.

Our final group game was against our local rivals Laleham. We knew what was at stake, the winner would progress out of the group. Buckland started strongly and with a few team tactics in place, Buckland took an early lead. Hope never one to miss out on the action, using all her speed charged through the middle and dispatched her first and only goal of the tournament. Laleham did manage to score 2 goals but the Buckland attacking force was just too strong. The final score 6 – 2 Buckland.

The structure of the tournament meant that we had to play the runners up of the second pool, Laleham’s second team. Despite it effectively being a 3rd/4th play-off, this match was equally as important as the 1st / 2nd playoff. Being the final two Spelthorne schools in the competition meant the winner would progress to the county final.

It was a fantastic match, and as always the rivalry between the two schools was clear. I am happy to say though that it was Buckland who triumphed in this round of the Buckland v Laleham saga. Winning again 6 – 2.

Considering this was the first competitive lacrosse any child from Buckland had ever played, the children were outstanding, scoring 26 goals in four games. A Brilliant performance and yet another county final to attend. 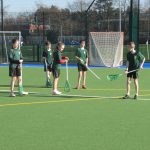 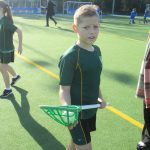 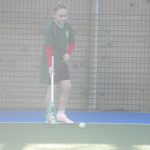 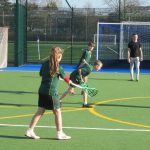 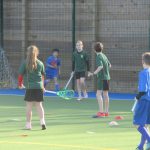 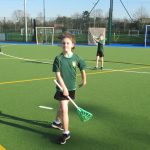 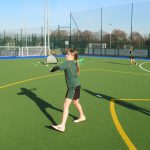 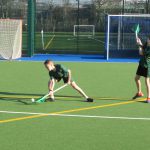 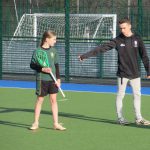 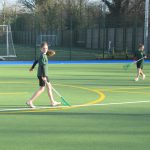