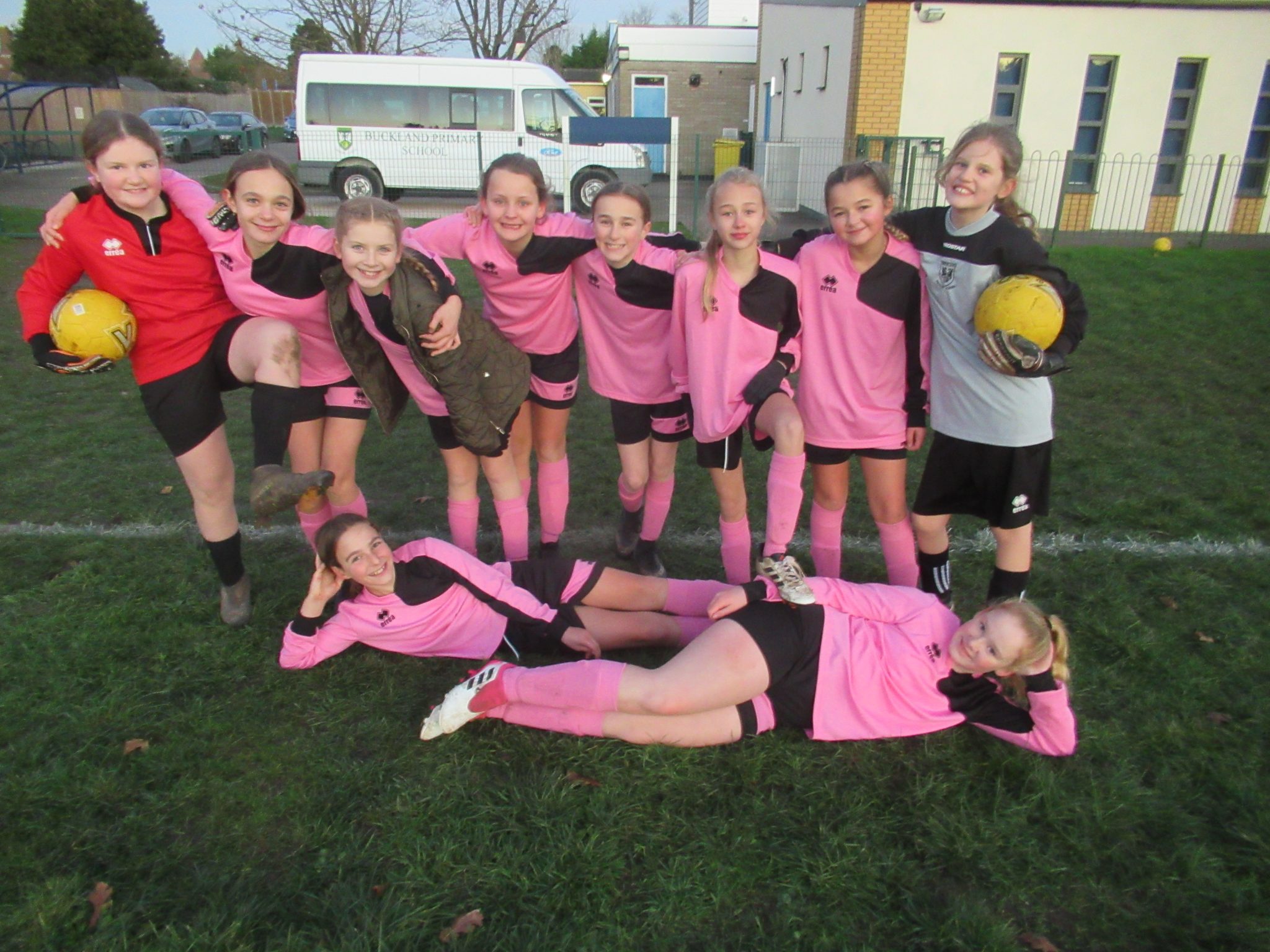 On Wednesday 7th December, the girls football team travelled to Our Lady of the Rosary for their first league game of the season. Coming off the back of their victory at the tournament earlier this term the team were full of confidence. However, the freezing cold soon impacted on that confidence.

Buckland took kick off and were soon on the front foot attacking the oppositions’ goal but we just couldn’t find the goal. Their defence was strong and we struggled to find a clear shooting opportunity.  Both Darci and Jess saw a shot go wide, while Amelie found herself in front of goal but couldn’t get the power behind the ball. At half time the score was 0 – 0.

A little shuffle around at the break put Amelie back up front and Jess into midfield which had the desired effect. Jess ran her legs off running up and down the wing trying to get balls into the box. However, it was Darci in central midfield who found the breakthrough. Shooting from outside the box, she fired it low into the corner.

Our lady pressed our goal and created a few of their own goal scoring opportunities but with Georgie and Lucy in defence they were few and far between. Along with Isabelle and Layla (in the first half) in goal, they didn’t really look like scoring.

Our second was a spectacular goal, despite it not necessarily being her intention. Georgie carried the ball out of defence and found herself in the oppositions’ half. Her first shot was blocked brilliant by a defender but the ball fell back at her feet. Striking the ball cleanly, the ball went sailing over the keeper’s head and into the top corner to the applause of the crowd.

With the final whistle going the final score was 2 – 0. It was a fantastic performance by everyone. Jessie, Rosie and Maddison playing their first game of year 6 were fantastic and played their part well. If they play like this in future matches, they are going to be a very difficult team to beat.

This website uses cookies to improve your experience while you navigate through the website. Out of these, the cookies that are categorized as necessary are stored on your browser as they are essential for the working of basic functionalities of the website. We also use third-party cookies that help us analyze and understand how you use this website. These cookies will be stored in your browser only with your consent. You also have the option to opt-out of these cookies. But opting out of some of these cookies may affect your browsing experience.
Necessary Always Enabled
Necessary cookies are absolutely essential for the website to function properly. This category only includes cookies that ensures basic functionalities and security features of the website. These cookies do not store any personal information.
Non-necessary
Any cookies that may not be particularly necessary for the website to function and is used specifically to collect user personal data via analytics, ads, other embedded contents are termed as non-necessary cookies. It is mandatory to procure user consent prior to running these cookies on your website.
SAVE & ACCEPT